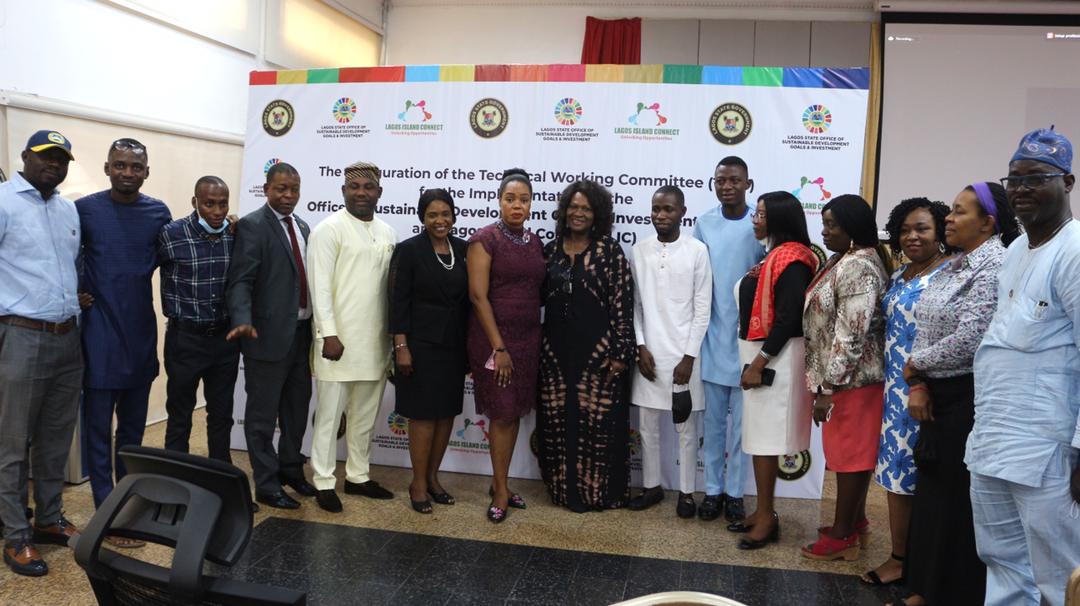 The inaugural event commenced at 10:05 am with the recitation of the National Anthem led by the Compère, Mr. Sanusi Abdulateef, which was followed by the introduction of guests present at the event. His Excellency, the Governor of Lagos State was ably represented by the S.A to the Governor on SDGs, Mrs. Solape Hammond, the SSA to the Governor on SDGs, and other senior personnel from the office of Sustainable Development Goals, SDGs.  Mrs Solape Hammond in her opening remark stressed that the partnership has been in process for almost a year and she thanked the Governor for his swift approval which gave birth to the inauguration.  She made a promise on behalf of the Governor that the 2km Rule radius, Local Government Economic Summit among other programs outlined for this partnership would bring prosperity to Lagos Island.  She expressed gratitude to LIC for initiating such a programme.

Ms Yemisi Ransome-Kuti reflected on the journey so far which birthed the inauguration.  She noted that the partnership was made possible as a result of the relationship had with His Excellency way before he became the Governor and was driven by his passion to bring development to his people.  She also added that ethics and values should be the core message the partnership will pass as it is a mechanism for development.  She acknowledged the work done by LIC so far which includes the LCCI/LIC mentorship program for which she recognized the LIC youth managers who had passed through the program.  She gave a brief explanation of what the program intends to achieve which is economic prosperity, reduction of poverty index, job creation among others.

Ms Yemisi categorically emphasized that Lagos Island is the richest local government in Nigeria, and it held her first Economic Summit in 2009.  She laid emphasis on the need to fight for this democracy and allow it work.  She concluded by saying the Governor is indeed a promise keeper and Mrs. Solape Hammond is indeed visionary.

This was followed by a brief message from Mr. Arowora Taiwo of LIC.  He thanked the Governor of Lagos state and the OSDGI team for making the program a reality.  He also stated that the programme will go a long way to help local businesses grow within and outside their locality, reduce the poverty rate and also create more jobs.

The vote of thanks was done by the Permanent Secretary OSDGI, Mrs. Abosode George.  She stated that she is also an islander and she is proud to be part of the development and also thanked LIC for bringing such a program to life.  The inauguration came to a close and was followed by a group photo session with Mrs Solape Hammond – Special Adviser OSDGI, Ms. Yemisi Ransome-Kuti, Mr. Lekan Fatodu – Senior Special Adviser OSDGI, Mrs. Abosede George – Permanent Secretary OSDGI, Mr. Layeni Aliu Badamosi, Mr. Godwin T. Nwachukwu, Mr. Taiwo Arowora, Mr. Sasu Michael and the entire staff of the OSDGI.

The entire staff of the OSDGI

Get updates about our latest events, updates and opportunities right in your email. No spam just updates on our activities and useful information.