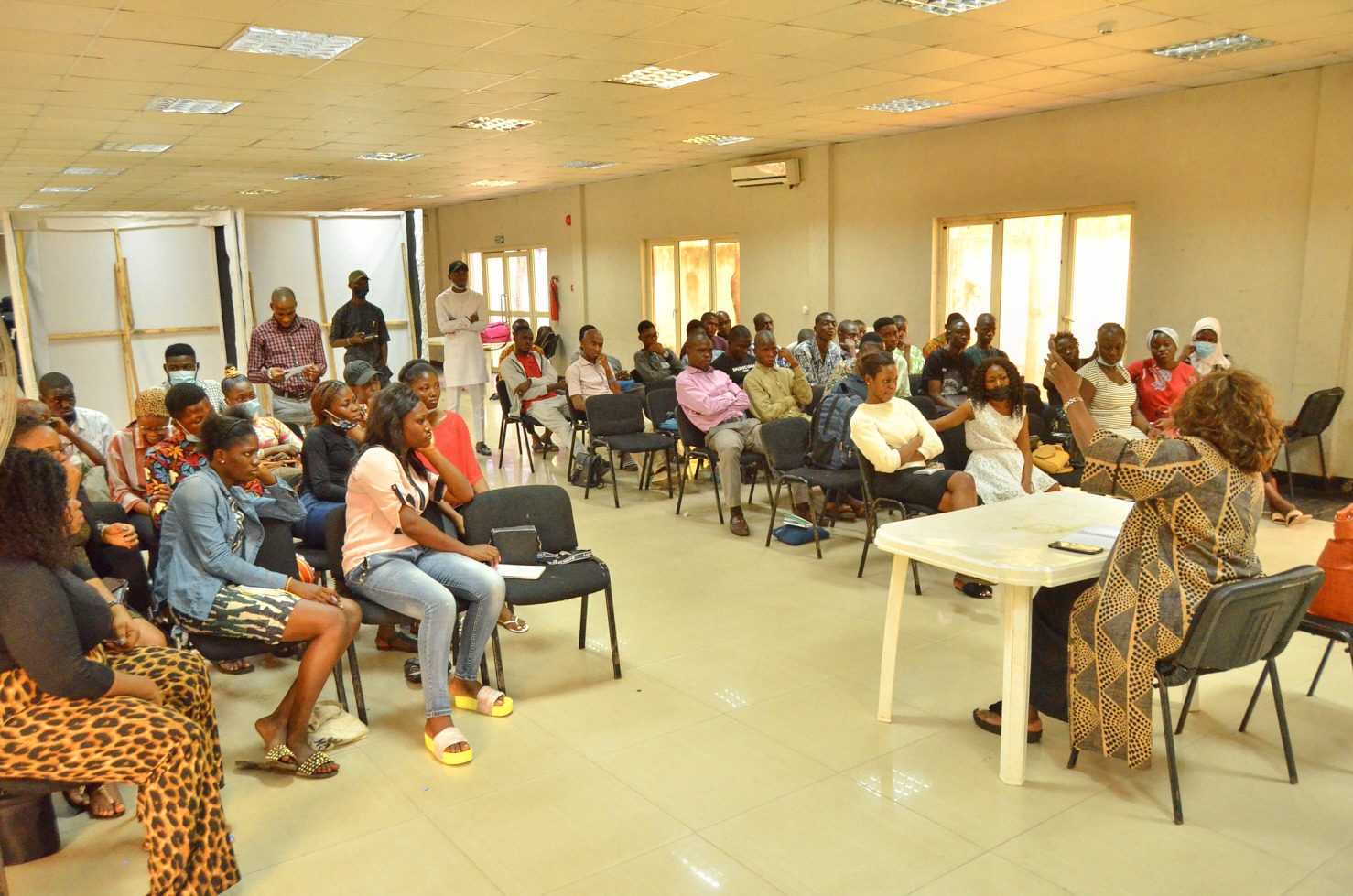 The LIC Youth Clinic is an initiative that matches proven mentors with youths in Lagos Island, to help them gain clarity, make informed decisions about their social life, career, and business, so they can in turn make a positive impact in society.

During the 2week Skills Acquisition Program by LIC and GIZ, We held a Mini Youth Clinic to help participants gain clarity and confidence about their life’s journey. The following are some of the questions from the participants and answers by Ms. Yemisi Ransom-Kuti.

The first question was asked by Ogochukwu from the barbering team. He asked how the Ransom Kuti family were able to face their fears and also how he can make corrections to the mistakes he had made as a drug addict which drew him back and slowed him down in his life achievements.

Answer:- there’s no such thing as someone who is fearless because even the strongest person is fearful when he sees the enemy, just that he is determined to face it and for a good cause because after all everyone will die so it’s better to die a hero than to die a coward. But he goes prepared. Even all the soldiers sent to war are fearful but they’ve committed themselves to protect the nation. So fearlessness Is something you develop in yourself, the courage to be fearless, the courage to face our challenges. Life is like a school and we keep getting a test from our maker and it’s better to face the test and pass than to run away because the test will keep coming. And until you face that challenge, it will keep coming because life is full of challenges and at the same time a problem-solving exercise. Never be afraid to build up that strength, never be afraid to face challenges, never be afraid to seek help because what makes you a person is the ability to take responsibility.

The second question was asked by Hanatu Danladi from the makeup artistry team. She asked about how to deal with situations where you have a talent and can’t go for it because your family wants you to do something else. And also pleaded for opportunities to showcase talents as well and not only skill acquisition programs.

Answer:- There’s a platform and it’s for every kind of skill, anyone can ask about any information at all and no one has to wait for it to be posted. Anyone who needs any information about singing, modeling, etc. Can raise a question because there are people who deal in different information and can get anyone requested for. Also, anyone can get any information online as well, and if it’s not found then post it in the group. Moving forward, she explained the culture being a very difficult one and all parents want to maintain an essential culture because if you go to other places and they show you their culture what will say is yours? You have to learn the history of your culture but learning the essentials of the culture is much more important, for instance, in the Yoruba culture, respect is highly important. You don’t talk to people anyhow but it has to be reciprocated between the young ones and the adults and even between parents and children, no one has to force anyone to do anything but in most cases parents want their children to do what they want them to do but there’s nothing wrong in doing what your parents want you to do and what you want to do. Lots of people today do whatever their parents want them to do and still do what they really want to do and come out successful but the only pain attached to it is doing it alone. But continue to expand your knowledge, learn as many skills as you can, think big, start small and expand.

The third question was asked by Alimi Khalif from the barbering team. He asked to know what to do in a situation where one is trying to do something without support from family and later gets blamed if it goes wrong.

Answer:- how do you control your mind to focus and be quiet? You should have the ability to be quiet in your own mind, to be able to shut out the noise of the crowd around you and think. Learn some mind-controlling techniques, they help you focus. To do that you can take deep breaths, exercise the body, exercise the brain, do puzzles even do some self-analysis, it will help organize the mind. Don’t allow the mind to wander too much. Be a master of your mind

The fourth question was asked by Kehinde Hussain from the barbering team. He asked about how to face academic challenges in financial aspects

Answer:- anything that goes through a process is academic work, so paying for it depends on your financial circumstances. People want to see what you can do. Pick a profession, seek opportunities and grab them, and when doing that, let it be what is really needed that is, the core things that people can’t do without. That will make you independent and paying your school fees won’t be a problem.

The fifth question was asked by Bukola from the makeup artistry team. She asked how to cope As a wife, mother, and a working-class female.

Answer:- whatever the problem is if it’s looking like it will take your life then you should walk away from it especially violence. Violence breeds violence she said and advised the men never to raise hands on any woman. Even to correct a child, there are many other ways to correct a child than violence. Be honest with them, communicate with them, and avoid violence.

She advised everyone to believe in themselves, in their maker, do the right thing and believe their problems are solved while working towards solving the problems and not just sitting at home and hoping for a miracle to happen.

Get updates about our latest events, updates and opportunities right in your email. No spam just updates on our activities and useful information.